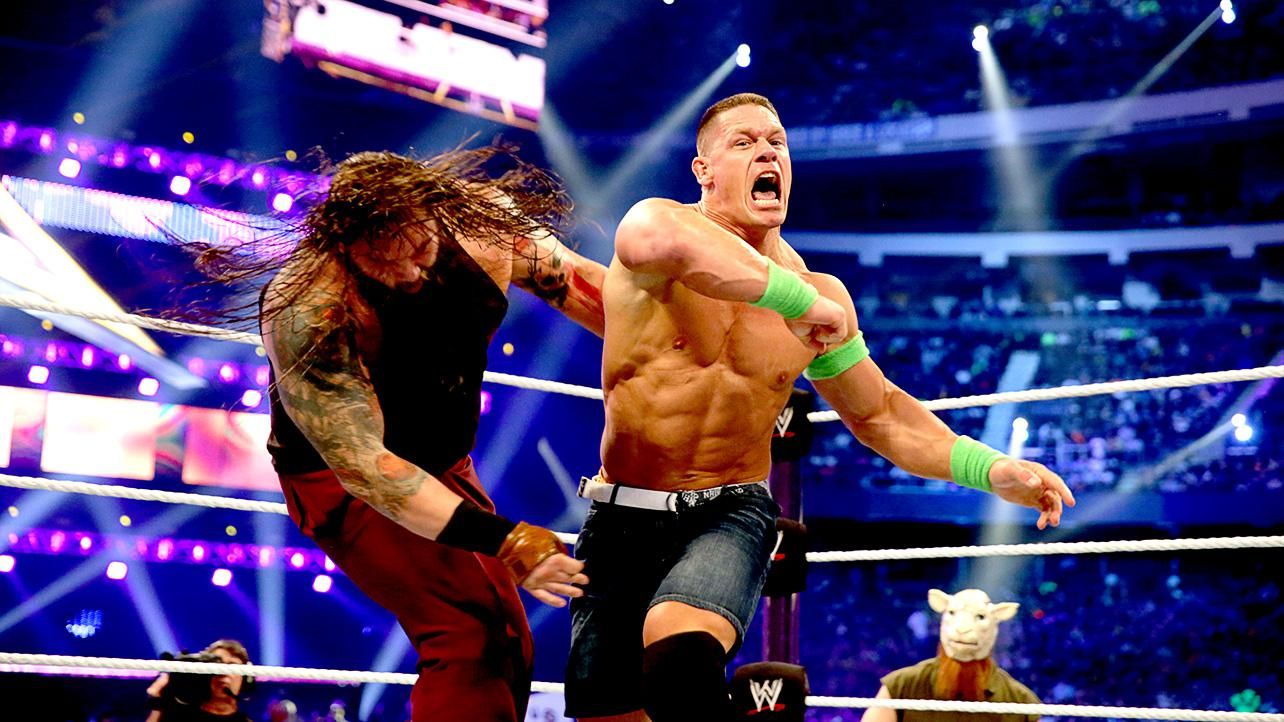 Bray Wyatt and John Cena have a long and storied history against each other. Wyatt even won the WWE Championship from John Cena at Elimination Chamber 2017 (in a chamber match). Wyatt took to Twitter recently to say he forgives Cena for the “painful lessons” that Cena taught him.

Moments before posting the message to John Cena, however, Wyatt tweeted out the following [ominous] message:

“Bad people don’t start off bad, it’s the choices they make. They make these choices because they want to be remembered, envied, worshipped. Intentions always start off just, but then the journey happens…. and the CHOICES you make cement your legacy To be continued…”

He then addressed the following tweet to John Cena:

“I wanted to be brave and courageous , but I lost my way. I gave into desires and lost my meaning. Lessons painfully learned. I can be a hero. I will be a hero. Because you need me to be. I forgive you @JohnCena. Thank you for the painful lessons #DanceWithMeYouFool”

Wyatt and Cena have wrestled against each other 8 times on WWE programming (i.e not including house shows). Cena leads the all-time head-to-head series 4-to-3 with one 6-pack challenge match going to Dolph Ziggler.

They have wrestled 4 singles match against each other on WWE programming, all of which occurred in 2014. Cena holds the edge in the one-on-one series 3-1. Cena defeated Wyatt at WrestleMania 30 but then Wyatt defeated Cena in a steel cage at Extreme Rules 2014. The last two singles matches went to Cena as well, including a Last Man Standing match the next month at Payback and a victory on RAW that August.

Not including Royal Rumbles, Wyatt and Cena have met four times in multi-person matches. Cena won the MITB match for the world title in 2014 and Ziggler won a 6-pack challenge they were both in from the July 26th, 2017 Smackdown. Wyatt won the Elimination Chamber match in 2017 as referenced above and then also won a triple threat WWE title match against Cena and AJ Styles from the February 14th, 2017 Smackdown.