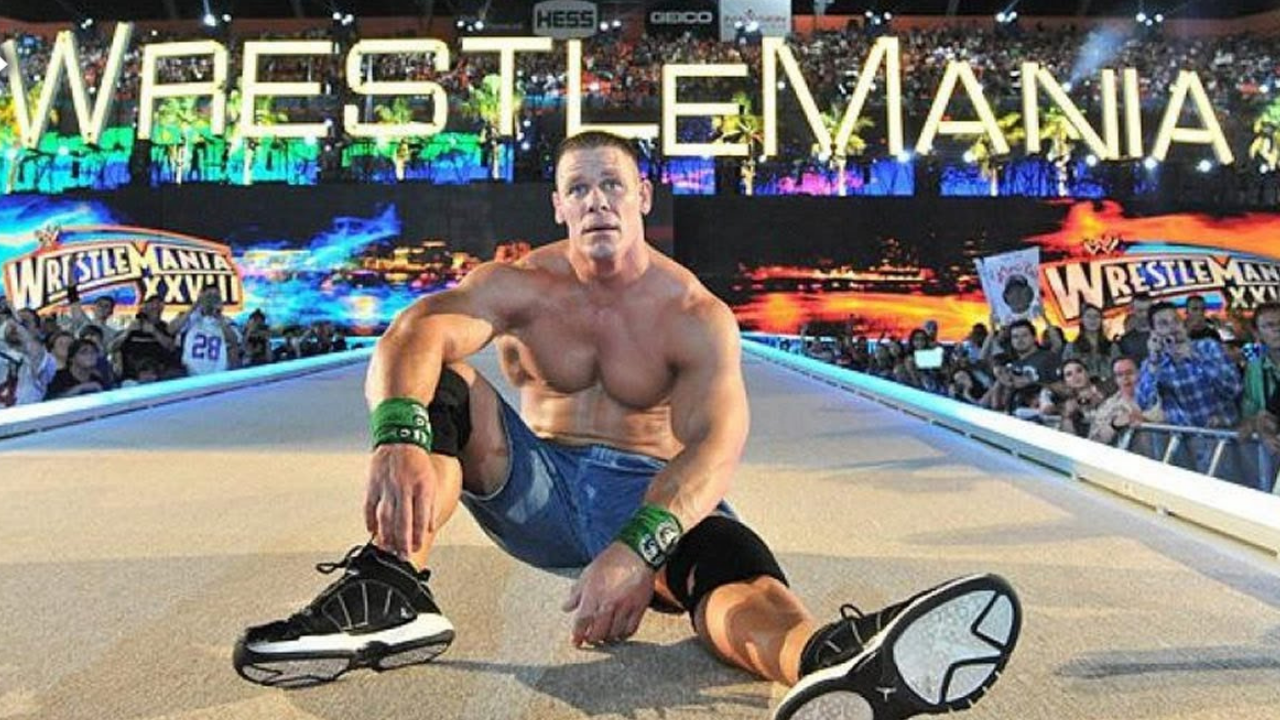 John Cena has confirmed that he won’t be participating in WrestleMania this year. He spoke to SI.com recently and stated that there is “no mathematical way” he can make it to the event. This is due to him currently filming an HBO series in Canada.

“Currently, I’m in Vancouver shooting Peacemaker, the series for HBO Max,” Cena said. “Given the quarantine regulations, if I were to leave Canada, upon return I would have to quarantine for another two weeks. Essentially, that would shut production down. Strictly based on the letter of the law right now, there is no logistical way I can be there. We film now until July.”

John Cena also cracked a joke about how during his full-time career, he was critical of part-timers coming in for big shows. He hasn’t wrestled in WWE since last year’s WrestleMania.

“What a hypocritical situation,” he said. “I used to be very open about the fact that part-timers were just that, and here I am at 44 years old and I’ve become what I despise, as they say. That is kind of what it is.”

If John Cena does not appear at WWE WrestleMania 37, it will be the first WrestleMania he’s missed since WrestleMania 19 back in 2003 (he was on the preshow in a battle rap segment that year). Even recent WrestleManias where Cena did not wrestle (WrestleMania 32 and 35), he was still featured in a major segment.

While Cena won’t be at WrestleMania this year, he will be in a Super Bowl Ad for Mountain Dew a week from Sunday.

“A Super Bowl ad for me is a life-changing opportunity, and it’s also going to change someone’s life,” Cena says. “Mountain Dew Major Melon is really changing the perspective of advertising with this campaign, and I am really honored to be part of it. It’s a uniquely awesome flavor, Mountain Dew’s first new permanent flavor in over a decade, and it’s a brand that stands for passion.”

The full interview with John Cena can be read here.

Secret’s out. If you count all the bottles in my #MTNDEWMAJORMELON Super Bowl ad, you could win a million dollars.

❤️ this tweet to be notified by @MountainDew when the counting begins this Sunday. #ad Rules: https://t.co/QfYBsDKBwo pic.twitter.com/Fiemu50Ni4