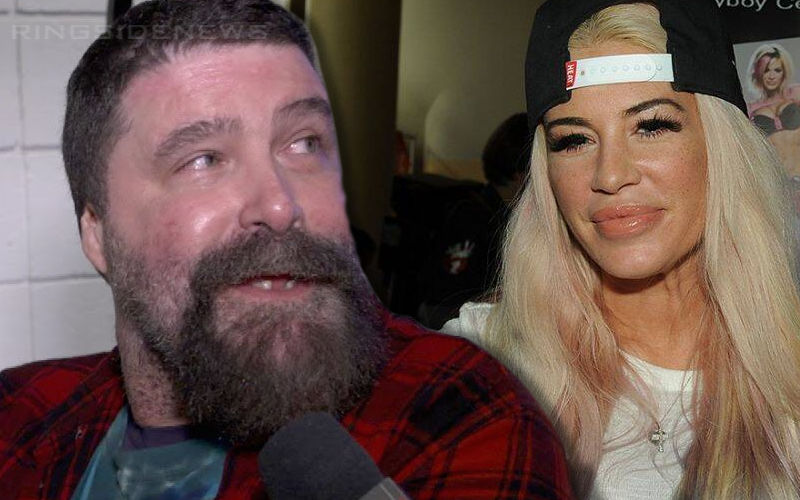 Mick Foley is donating the proceeds of sales of his classic “Cactus Jack” t-shirt on Pro Wrestling Tees to Ashley Massaro’s daughter’s education fund. After just 24 hours, the fundraiser has already raised over $17,000.

Foley announced that the fundraiser will run from his birthday (June 7th) until Monday night (June 10th).

After the first day of the fundraiser, Foley announced the money raised has exceeded expectations.

Just got some GREAT news from @OneHourTees to close out my birthday. The #CactusJack #WANTED sale brought in $17,000 for Lexi Massaro’s college fund in just 24 hours! Thanks to all if you who are helping us make a BIG difference in the life of a wonderful young lady. pic.twitter.com/OcARFVXYVL

There is also an active GoFundMe for Ashley’s daughter’s education. The site has raised just over $46,000 as of this writing.

“Every dollar raised will go into an official New York State 529 college savings plan (technical schools, vocational schools and career colleges all included) to provide for Lexi’s continued education – which would have made Ashley so happy. We invite you to please watch the video we put together & join us by contributing to the cause. Let’s keep Ashley’s memory alive now and forever!! Ashley, thank you for touching our souls and being you! Lexi, please stay strong and know you can reach out to any of us for support! YOU ARE NOT ALONE! WE LOVE YOU!! – Your Squared Circle Sisters”