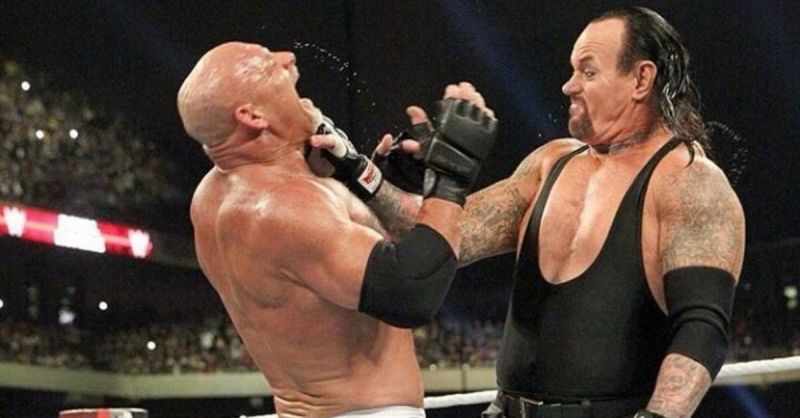 The Undertaker went over on Goldberg in the first-ever match between the two legendary pro wrestlers.

“The Deadman” beat the WWE Hall of Famer in one of the top matches to take place at the WWE Super Showdown pay-per-view event on Friday. This was a dream match that WWE fans thought that they would never see.

He’s calling for it!

As noted, Goldberg has signed a new contract with the company. As of this writing, there’s no word yet on what his future holds with WWE and if he’ll be working more matches going forward.

For over two decades, this has been a contest that many fans wanted to see but couldn’t due to the fact that Taker was in WWE and Goldberg in WCW.

Even when Goldberg did a one-year stint in WWE from 2003-2004, the match never took place as Taker was on SmackDown and Goldberg on RAW.

They did share the ring and even got physical once. That came at the 2017 Royal Rumble PPV during the Royal Rumble Match.

The two came face to face before brawling with other stars in the match. This would lead to Goldberg hitting a spear on Taker before Taker then eliminated him.