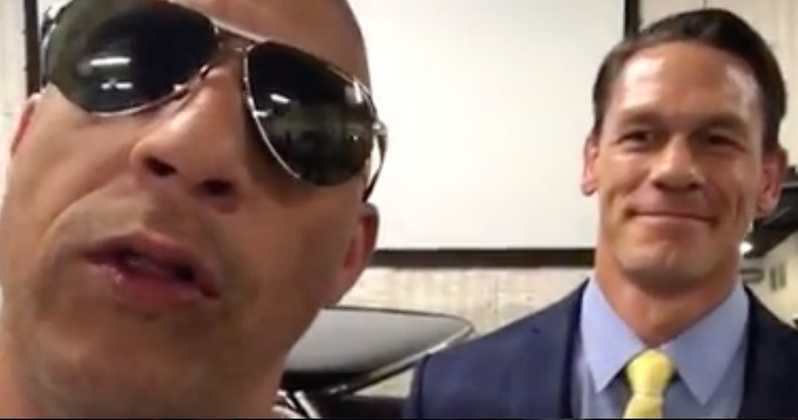 John Cena has landed one of the biggest movie roles thus far in his acting career.

On Friday, it was officially announced by Universal that the former WWE Champion will be joining the cast of “Fast & Furious 9.” As of this writing, the studio has yet to reveal details on who Cena will play. It should be noted that Deadline reports that they’ve been told that he will play “a badass.”

In other news, while Cena will be joining the cast, there won’t be one familiar face there and that’s Dwayne “The Rock” Johnson. Deadline reports that he will not be returning in the film. Production on the ninth entry of the popular movie series will begin later this month and the film is set to release on May 22, 2020.

Cena commented on the news by writing the following on Twitter:

For nearly 20 years, the Fast Franchise has entertained fans and created some of the biggest cinematic moments in history. It’s an incredible honor to join this franchise and this family. https://t.co/7GFzDsX8sl

Rumors of Cena being included in the film started in April thanks to Vin Diesel releasing a video on his official Instagram account where he talks about Pablo sending him “another soldier for the fight for truth.”

Diesel would then pan over to Cena standing next to him and doing his signature hand gesture. This sparked speculation as to what this video means and if it could be an indication of Cena starring in Fast & Furious 9. It turns out that was exactly it.