The Miz Cashes In Money In The Bank Briefcase, Wins WWE Championship 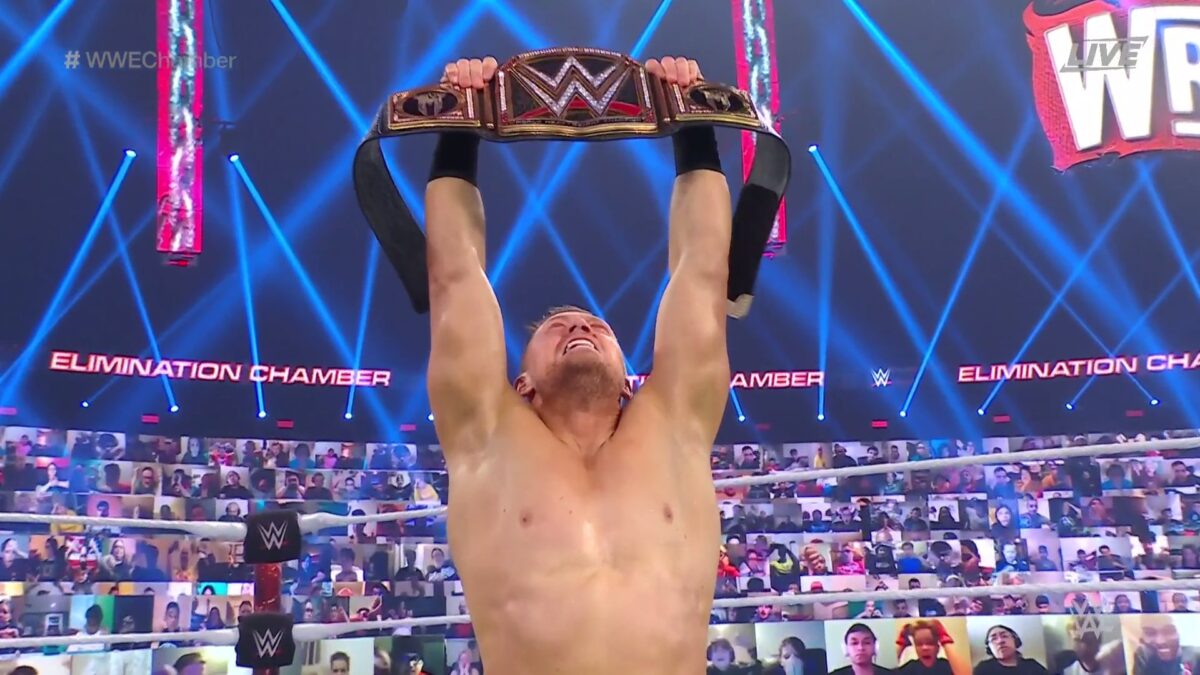 WWE Elimination Chamber brought a lot of action for fans, and the main event was a long one for Drew McIntyre. He had an even longer night when it was all said and done.

Bobby Lashley destroyed McIntyre after the bell. He beat Drew McIntyre around the ring, and then The Miz’s music hit.

Mr. Money In The Bank ran down and cashed in his briefcase. The Miz hit a DDT, but McIntyre kicked out. Then The Miz nailed a Skull Crushing Finale and won the WWE Championship.

The Miz closed out Elimination Chamber celebrating with the WWE Title. Drew McIntyre’s road to WrestleMania just got a lot rockier.

Want FREE BITCOIN? Download The Voyager App And Use Code: 77E459 To Claim Your FREE $25 BITCOIN!