AEW World Title Contenders To Be Determined At Double or Nothing 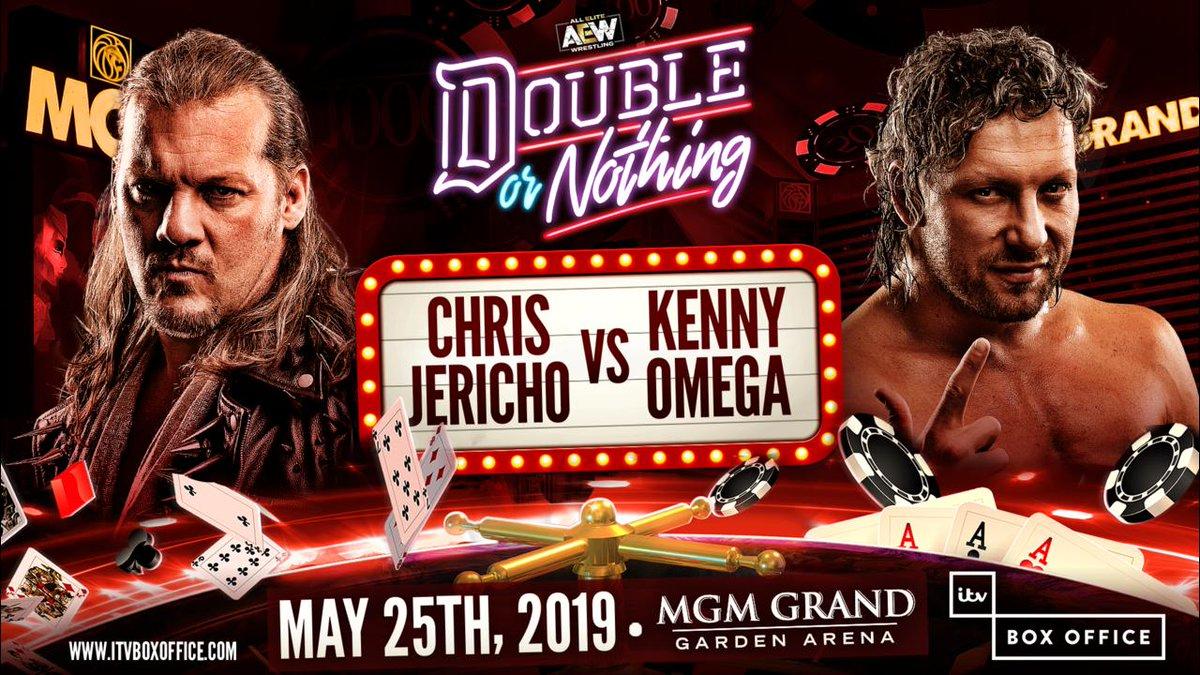 AEW revealed how they will crown a world champion on today’s episode of the Road to Double or Nothing. The winner of Kenny Omega vs Chris Jericho will face the winner of the Casino Battle Royale at a later date, with the winner become the first ever AEW World Champion.

“These two top contenders will battle at a later date to be announced and the winner will become the first-ever AEW World Champion, claiming the most coveted wrestling title to be established in decades,” said comedian Jack Whitehall on the show.

See the announcement here in our latest video for The Road to AEW Double or Nothing.

World Title Stipulations Announced For Double or Nothing

“With these stipulations now in place, the chase for wrestling’s most important prize will officially be underway this weekend at Double or Nothing, presented by AEW,” Whitehall continued.

AEW has multiple events scheduled this summer for a potential world title match. Fyter Fest takes place on June 29th. Fight for the Fallen takes place July 13th. It has also been rumored that All In 2 could take place from the Sears Center in Chicago at the end of August as well. Weekly television is to begin this fall.

The updated lineup for Double or Nothing now looks like this: