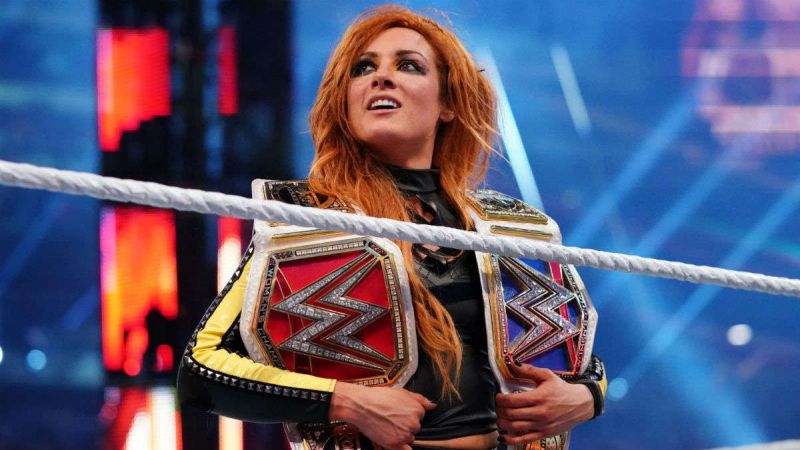 Becky Lynch has her first title defense done as she continues her dominance in the WWE women’s division.

As seen at Sunday’s (May 19, 2019) WWE Money In The Bank pay-per-view event in Hartford, CT at the XL Center on the WWE Network, Lynch retained the WWE RAW Women’s Title over Lacey Evans. This marked her first match of the night as she pulls double duty.

This match was set up on the April 22nd episode of WWE’s flagship show, Monday Night RAW when WWE confirmed that Evans would challenge Lynch for the women’s title on the red brand at this latest pay-per-view event.

She snapped Ronda Rousey’s winning streak as she beat the former champion and Charlotte Flair in a triple threat match at WWE WrestleMania 35, which ended up serving as the main event to win the RAW and SmackDown Women’s Title.

With Evans still being green and there being plenty of talent in the women’s division on RAW, it appears that WWE will move forward with a different feud.