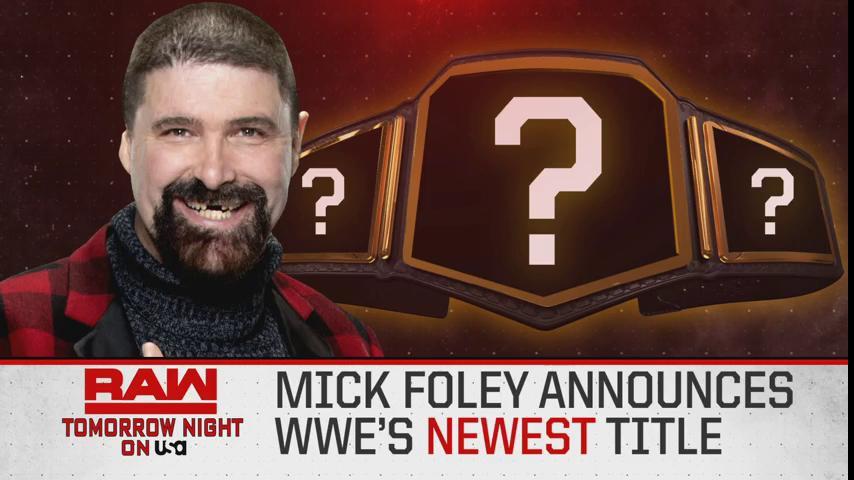 Money In The Bank was rolling along and suddenly, Michael Cole had a big announcement for the WWE Universe. WWE Hall Of Famer Mick Foley will be on RAW tomorrow night and he will have a very special announcement concerning a new title in WWE.

It wasn’t specified what kind of title WWE will be introducing, but since Mick Foley is involved you can only assume that it could be hardcore. Then again, it might be a total swerve, but it is still a very interesting idea.

Apparently, Vince McMahon thought adding another title to the mix is the answer to their problems. That, and the new Wild Card Rule.

RAW will be in Albany, NY tomorrow night and SmackDown also cancelled their house show so the blue brand’s roster could be available for the show.