CM Punk Returns To The Ring 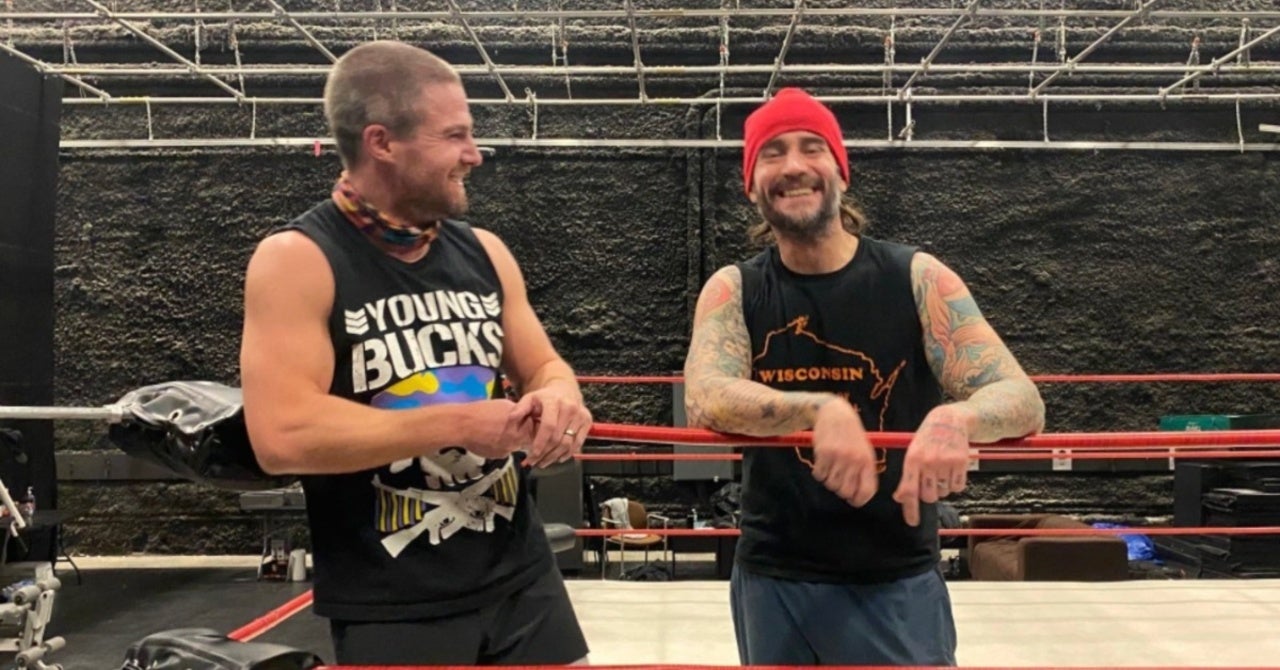 Tons of fans hoped to see CM Punk return to the ring. It’s going to happen, but in a much different setting.

It was previously reported that CM Punk won’t be at the Royal Rumble event because he is filming for the upcoming Starz series Heels. Stephen Amell stars in that show, and he posted a photo with Punk in the squared circle.

Amell said that CM Punk had to get some of that ring rust off, but it’s really just like riding a bike.

It’s unclear what kind of part CM Punk will play on Heels, but we are certainly intrigued. You can check out the photo below which seems to be the only chance you will get to see CM Punk in a ring right now.

Please welcome @CMPunk to @HeelsSTARZ — He was a little rusty in the ring yesterday, but I assured him it was just like riding a bike. pic.twitter.com/EyoxizTKyQ