CM Punk Shoots Down Double Or Nothing Travel Theory 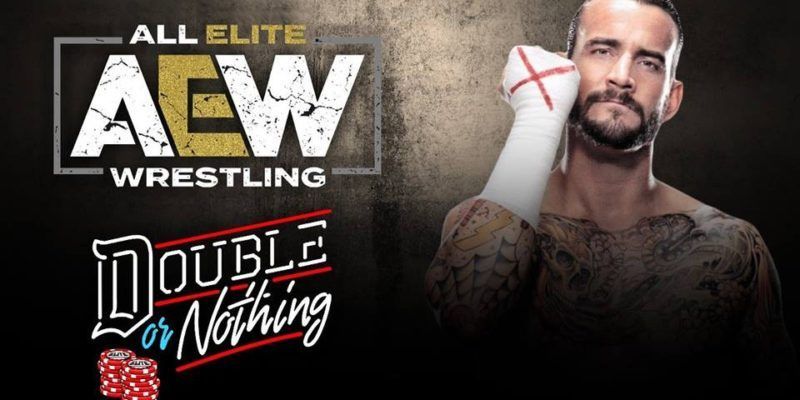 There is a ton of hype behind tomorrow’s (Sat. May 25, 2019) All Elite Wrestling (AEW) Double Or Nothing pay-per-view (PPV). One of the biggest theories from fans about the event is that former WWE Champion CM Punk could make an appearance on the show. Punk has been retired from professional wrestling since 2014 after a bad falling out with WWE.

However, he returned to the ring in a mask at a recent indy show for a quick spot. Many believe Punk has the itch to get back into the ring again on a bigger stage. The one issue with the idea of Punk appearing at Double Or Nothing is that he is working an MMA show that same day. Punk will be commentating for Cage Fury Fighting Championships (CFFC) 75 from Coachella, California.

Double Or Nothing begins at around 4 P.M. from Las Vegas, while CFFC 75 begins at 6 P.M. There are 181.71 miles between Las Vegas and Coachella, so an appearance from Punk would likely be impossible. But that hasn’t stopped fans from grasping for straws. One fan on Twitter mentioned Punk’s recent Instagram story, and how he was shown flying “to somewhere dry and mountainous.”

Punk had fun with fans about the AEW rumors on Twitter a few days ago as well:

Do you think Punk will be a surprise guest at Double Or Nothing tomorrow?