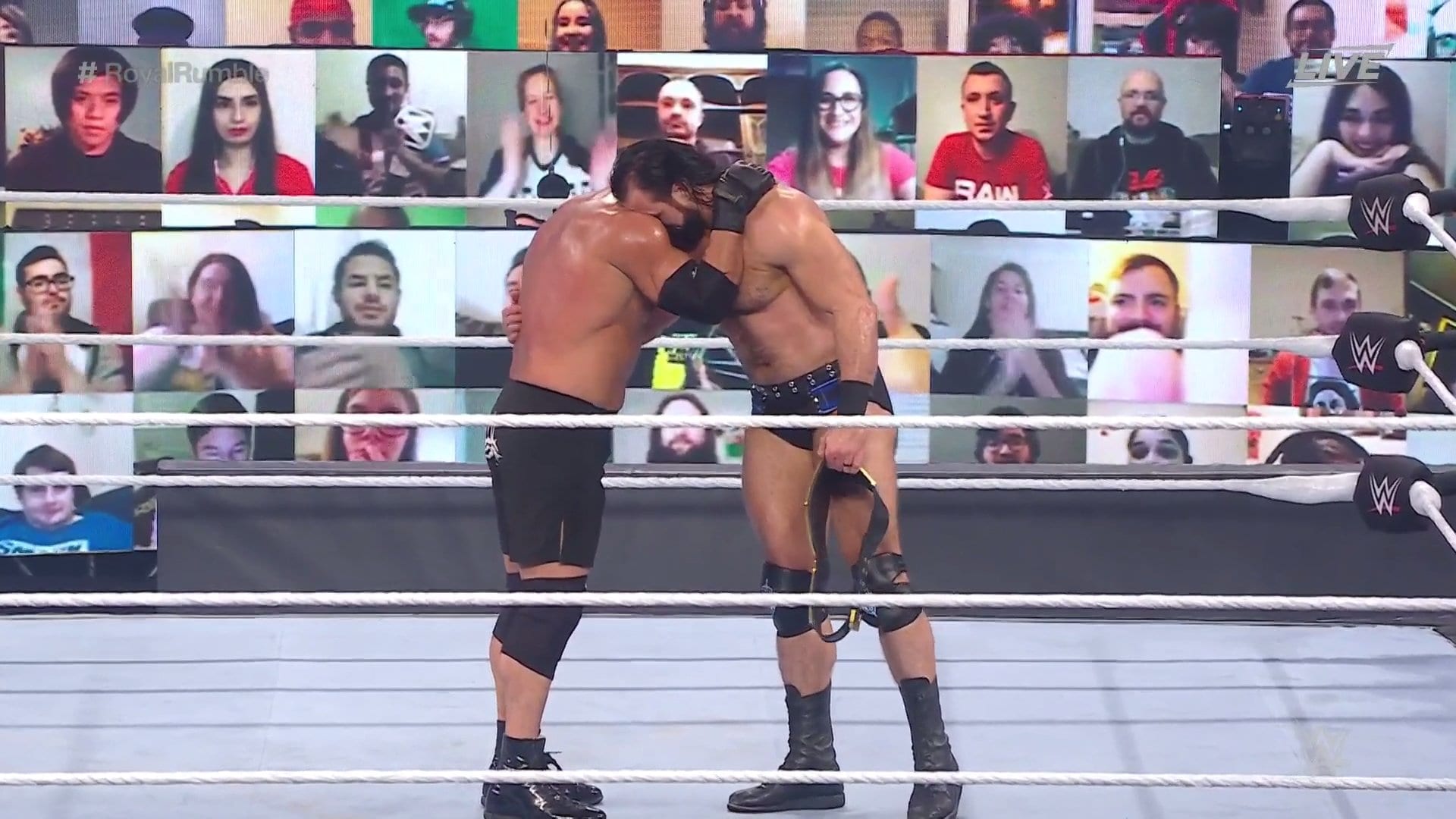 The WWE Championship match between champion Drew McIntyre and Goldberg kicked off the main card for this year’s Royal Rumble pay-per-view.

McIntyre started the match with a headbutt and a spear, but Goldberg was able to spear McIntyre through the barricade at ringside. McIntyre favored his ribs as he got into the ring and that is when the match was officially started by the referee.

He wanted to take his reign to another level, and @DMcIntyreWWE did JUST THAT by defeating @Goldberg to retain his #WWETitle! #AndStill #RoyalRumble pic.twitter.com/MOeN7kU09w