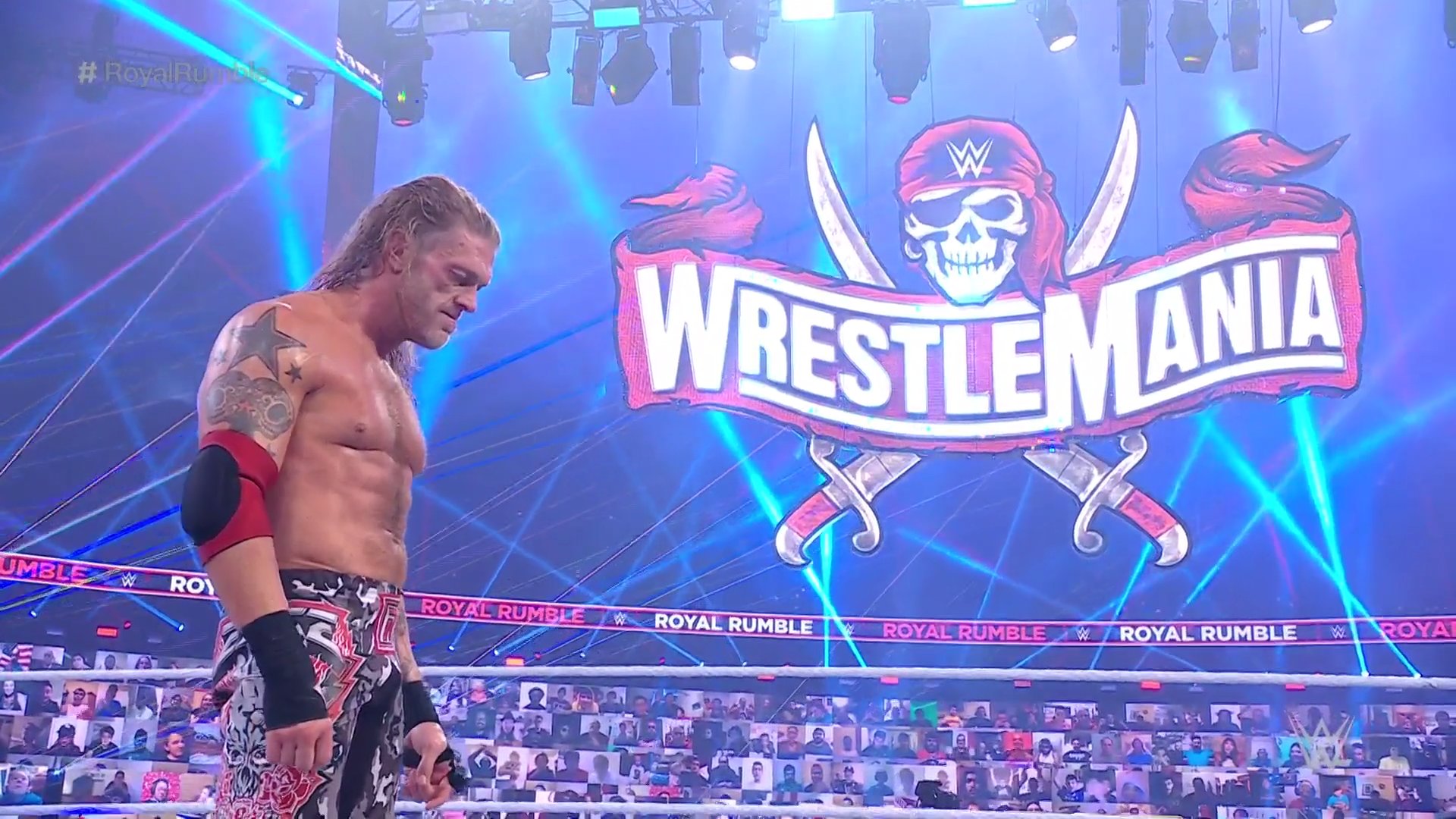 In the final match of the night, 30-men competed in the Men’s WWE Royal Rumble. The first two entrants (Edge and Randy Orton) were announced last night on WWE Backstage.

Edge decided to walk out first and he attacked Orton during his entrance. They fought around ringside for the first few minutes. Edge beat up on Orton until Sami Zayn entered and helped Orton. Mustafa Ali joined in to help Orton and Zayn. Orton took out everyone in the ring and then he and Edge resumed their fight around ringside. Edge hit an Edgecution on Orton on the announcer’s table and then referees ran out to stop him from beating Orton with a chair. Orton was helped to the back because of his bad knee. It was noted by Corey Graves that Orton was never officially eliminated.

During The Miz’s entrance, he destroyed Bad Bunny’s DJ set up that was used during the musical performance. Bad Bunny walked out and was held back by referees but the distraction allowed Damian Preist to eliminated Miz and Morrison. Bad Bunny did a dive off the top rope onto Miz and Morrison.

There was a Team Hell No reunion when Kane and Daniel Bryan bugged but it was short because Kane chokeslammed Bryan. The final four were Rollins, Strowman, Edge, and Christian. Rollins tried to form an alliance with Strowman, but Strowman picked him up and slammed him. Edge won the match. Randy Orton tried to run in at the end to eliminated Edge but Edge was ready for him and he tossed Orton out.

That’s the thing with @RandyOrton. You never know when he’ll be back with an RKO OUTTA NOWHERE! #RoyalRumble @EdgeRatedR pic.twitter.com/ix4tC9RF6s

Stay with us here at WrestlingRadar.com for more 2021 WWE Royal Rumble news and results.