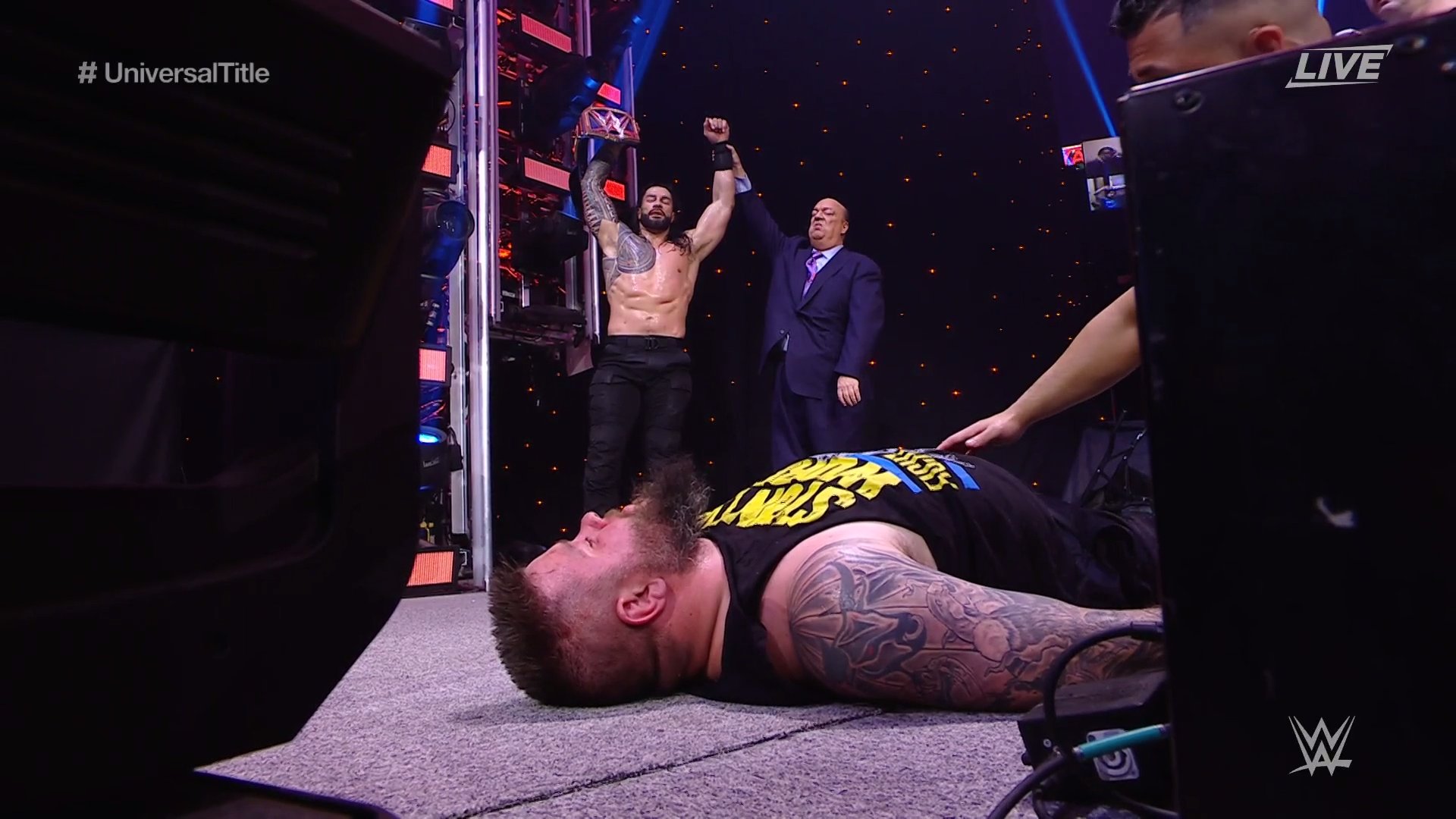 In the semi-main event of this year’s WWE Royal Rumble pay-per-view, Roman Reigns put his Universal Championship on the line against Kevin Owens in a Last Man Standing Match.

They started in the ring but they quickly made their way around the ringside area and to the stage area by the equipment table where Owens was shoved through a few weeks ago. They made it up to the top level by the LED screens and Owens took out Reigns’ left knee with chair shots.

Owens was tossed off the platform and through a table but he was able to get back on his feet at the count of 9. Owens made his way into another part of the stadium and out of nowhere Reigns ran him over with a golf cart. Owens went on a vicious attack after Reigns made a comment about his grandfather. Owens put Reigns through a table with a frog splash but Reigns was able to make it to his feet before the count of 10. Owens then did a senton bomb off a raised forklift and through Reigns, who was laid out on a table. They piped in “holy sh**” chants for the spot.

Owens brought Reigns back into the ThunderDome. Reigns fought back with a Superman punch and a spear through the LED screens by the stage but Owens was able to roll off a stage and onto his feet before the 10 count. Owens handcuffed Reigns to a piece of the staging equipment and the referee was about to count to 10 but Reigns grabbed the ref and slammed his face into the steel structure. A second referee appeared as Paul Heyman tried to get Reigns free from the handcuffs. There was apparently an issue with the key and it took forever for Heyman to get the cuffs off of Reigns. The ref actually stopped counting when he realized that Reigns was still cuffed. Reigns locked in a guillotine on Owens and that was enough for him to win because KO could not get to his feet.