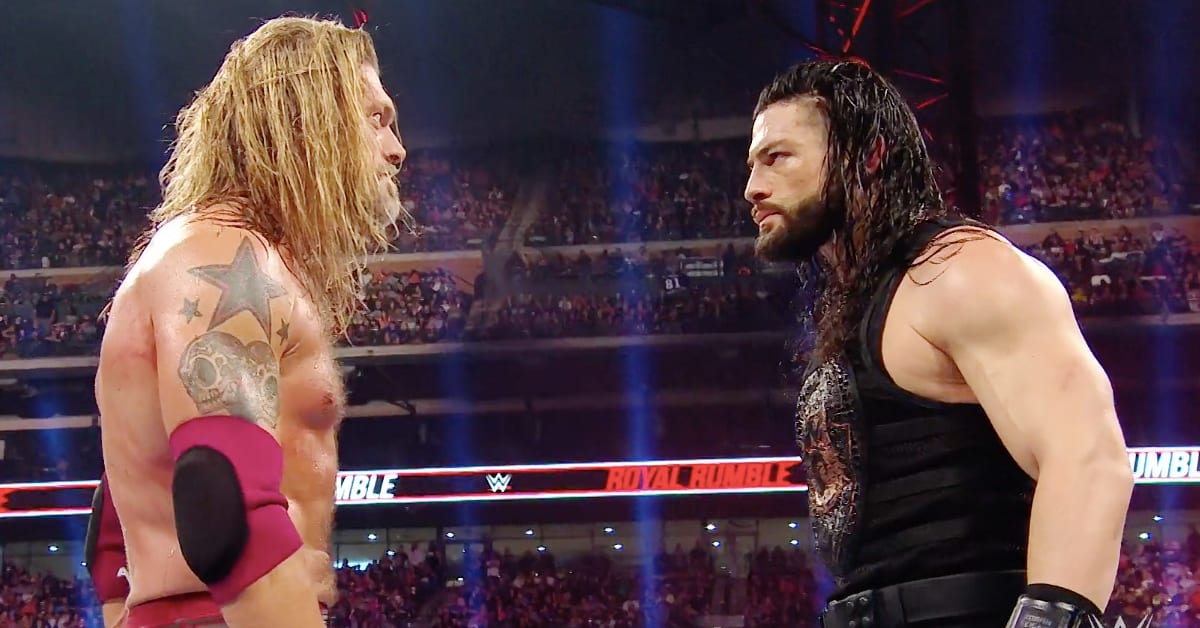 There has been a lot of speculation as to who will be challenging Roman Reigns for the Universal Championship at WrestleMania 37. Dave Meltzer of the Wrestling Observer reports that that Royal Rumble winner Edge will be Reigns’ opponent.

“Not sure when this will be officially announced, but Roman Reigns vs. Edge is the planned main event at WrestleMania,” Meltzer wrote. “The Bianca Belair match isn’t 100 percent right now.”

The WWE Hall of Famer worked his first match in months at Sunday’s Royal Rumble pay-per-view event by entering the Men’s Royal Rumble Match at number one. He lasted more than 58 minutes and last eliminated Randy Orton to win the event.

At the Royal Rumble, Reigns successfully retained his Universal Championship against Kevin Owens in a Last Man Standing Match.

Edge had been on the sidelines when he ended up tearing his triceps last June. It also marked the second straight year that Edge made his return at this event. Last year, Edge made his surprise return to the ring since being forced to retire in 2011.

It is unclear at this point who Women’s Rumble winner Bianca Belair will be challenge at WrestleMania.

WrestleMania 37 takes place across two nights on April 10 and April 11 in Tampa, FL.