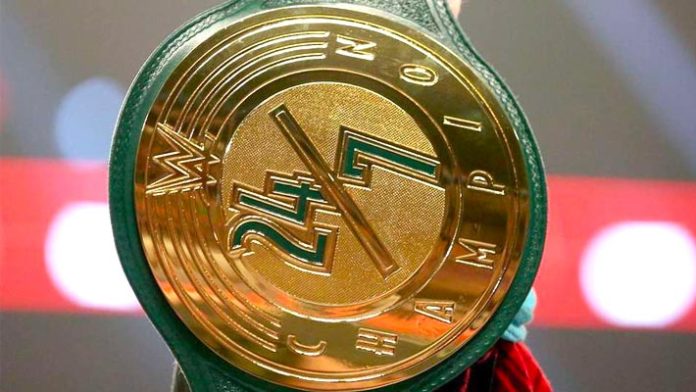 On tonight’s episode of WWE Monday Night Raw, WWE Hall of Famer Mick Foley unveiled the new WWE 24/7 Championship. This new championship will be similar to the long-retired Hardcore Championship, as it can be defended 24 hours a day, seven days a week, under falls-count-anywhere rules.

Titus O’Neil was the first to grab the championship belt, making him the first 24/7 Champion. Moments later, Robert Roode attacked Titus and pinned him, becoming the second 24/7 Champion.