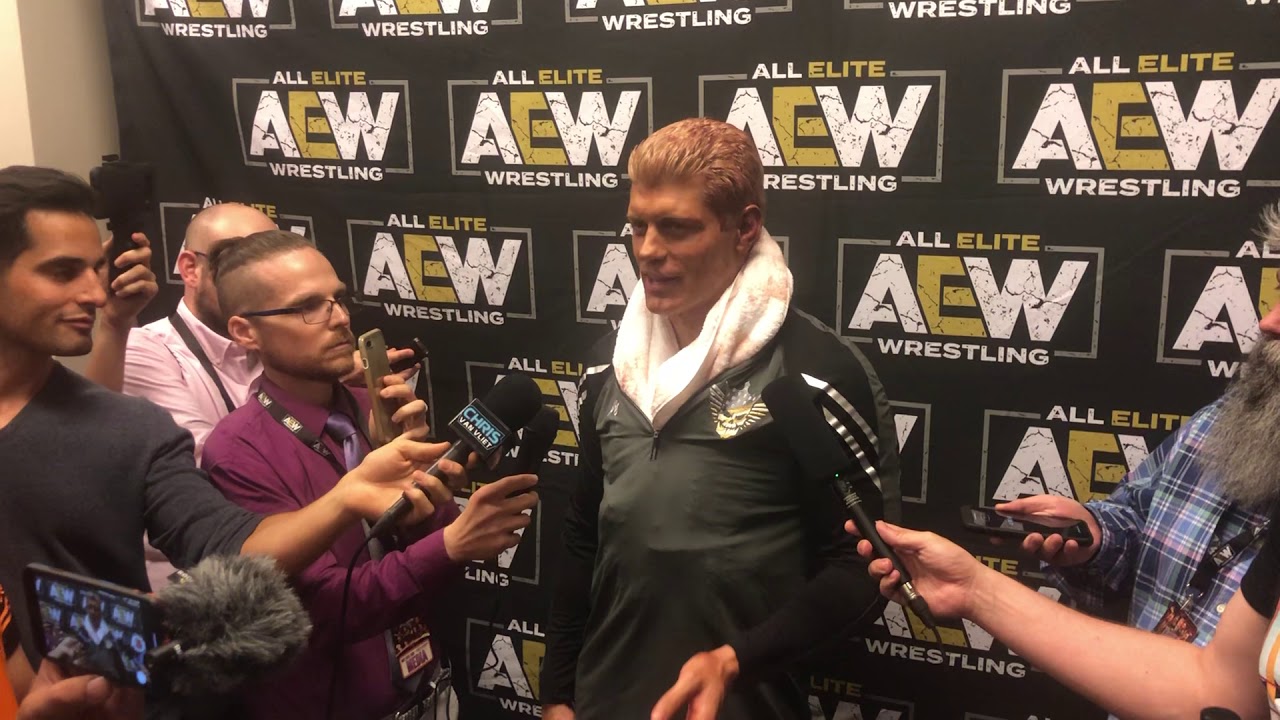 It appears that Cody Rhodes has his next feud lined up and it all started during his latest match.

Rhodes went to a draw with Darby Allin in their match at the Fyter Fest event after twenty minutes. This was billed as one of the top matches on Fyter Fest. It was also the highest profile match in Allin’s career up to this point.

Post-match, Shawn Spears, formerly known as Tye Dillinger, hit Rhodes in the head with a steel chair. Rhodes turned his head and didn’t put up his hands. As a result, Rhodes was bleeding pretty good from the back of his head.

Although not confirmed, it appears that the storyline that AEW is telling will lead to an eventual match. This match won’t take place at AEW’s next event, Fight for the Fallen, on July 13, 2019, from Daily’s Place in Jacksonville, Florida as Rhodes has a match booked.

He and his brother Dustin will take on The Young Bucks (Matt Jackson and Nick Jackson) in a tag team match. AEW could be booked this match at the All Out pay-per-view event in August.