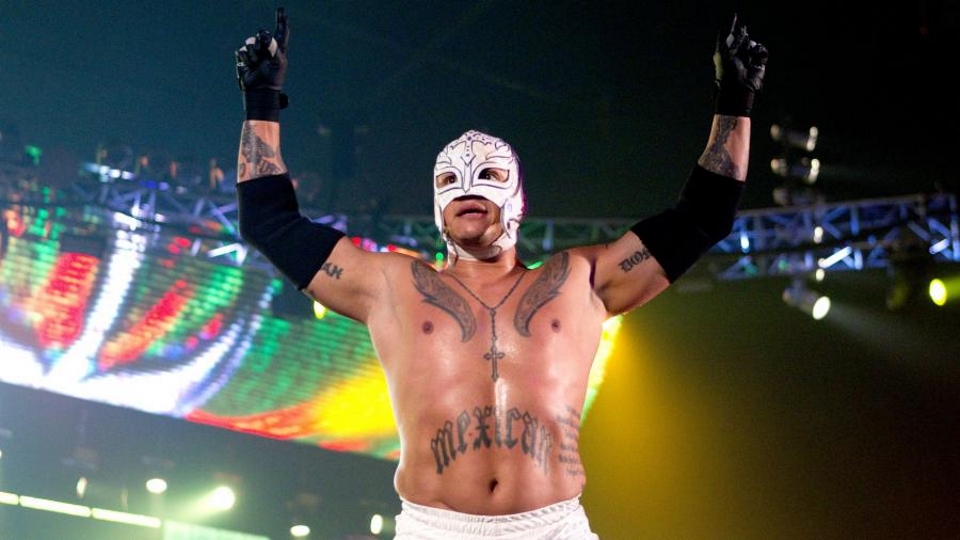 WWE has addressed the situation involving the United States Title.

On Monday’s episode of RAW, it was announced that Rey Mysterio will vacate the title due to injury next week on the flagship show of the company. Samoa Joe would then come out to the announce table where he would cut a promo about how he will reclaim the title.

The reason that the title will become vacant is due to Mysterio suffering an injury during his match against Samoa Joe where he won the title at the WWE Money In The Bank pay-per-view event in Hartford, CT.

Mysterio commented on the injury that he suffered at the end of the match in a recent post on his official Instagram account where he noted that he separated an acromioclavicular joint in his shoulder.

It’s a shame that Mysterio suffered an injury in this match as it was a memorable night for the future WWE Hall of Famer as he became a Grand Slam Champion.

WWE holds next week’s episode of RAW in Austin, Texas at the Frank Erwin Center. This will be an important episode as it will serve as the go-home show for the Super ShowDown pay-per-view event.

“Backstage At Double Or Nothing” - Being The Elite Ep. 154