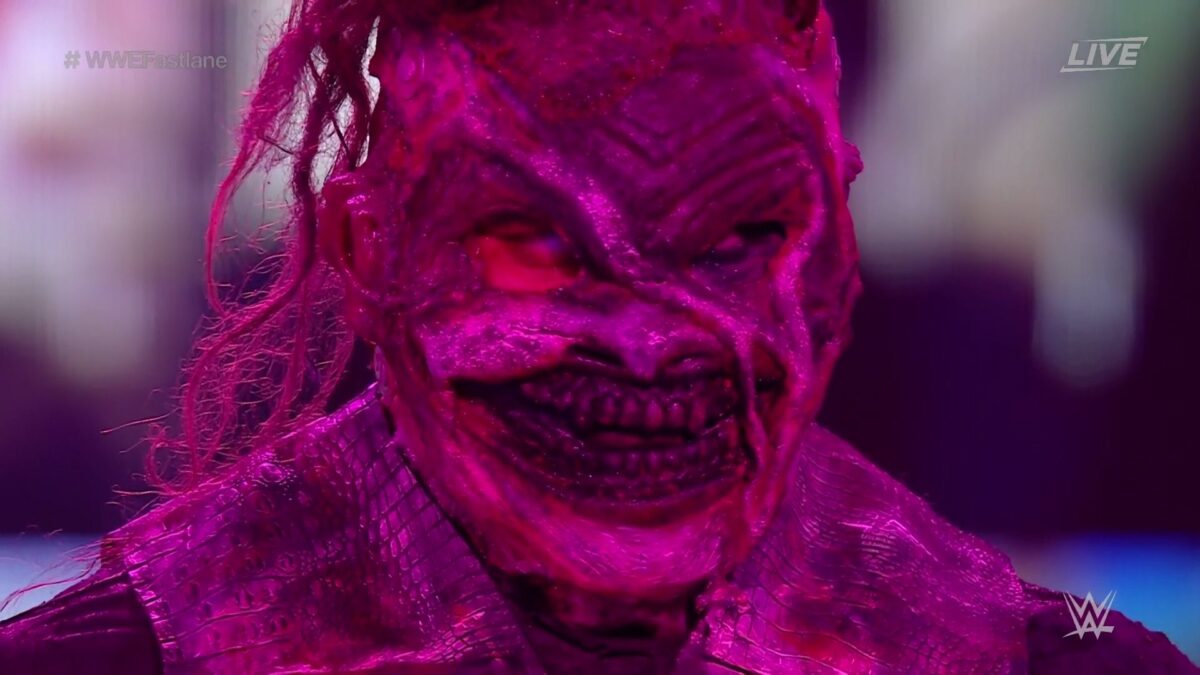 After being away for months, Bray Wyatt has made his return to WWE programming.

He did so when he interfered in the Randy Orton vs. Alexa Bliss match at Fastlane. Orton started coughing up the black substance like he had been before the match started. After a few moments of pyro, a fireball, and more, The Fiend’s hand came through the mat and grabbed Orton’s leg.

The Fiend came out, which led to Bliss hitting a dropkick to Orton, and The Fiend connected with Sister Abigail. This allowed Bliss to get the win. He has a new mask and attire that appears burned.

Wyatt hadn’t been seen since the December TLC pay-per-view event when he worked the first-ever Firefly Inferno Match. WWE TLC was the 5th singles match between Orton and Wyatt on WWE programming. The contest was not shot in a cinematic way, but rather in the arena and taped earlier in the day due to the danger of the bout. The fire was outside of the barricade.

The finish saw Orton push The Fiend into the fire back first while he was in a chokehold. This led to Orton getting into the ring and Fiend rushed him so Orton hit him with an RKO. The show closed with Orton pouring gasoline on Wyatt then set it on fire. They used a dummy made to look like Wyatt to set on fire.

Since that time, WWE has continued it with weird mind games with Orton and having him cough up a black substance in addition to him feuding with Alexa Bliss.