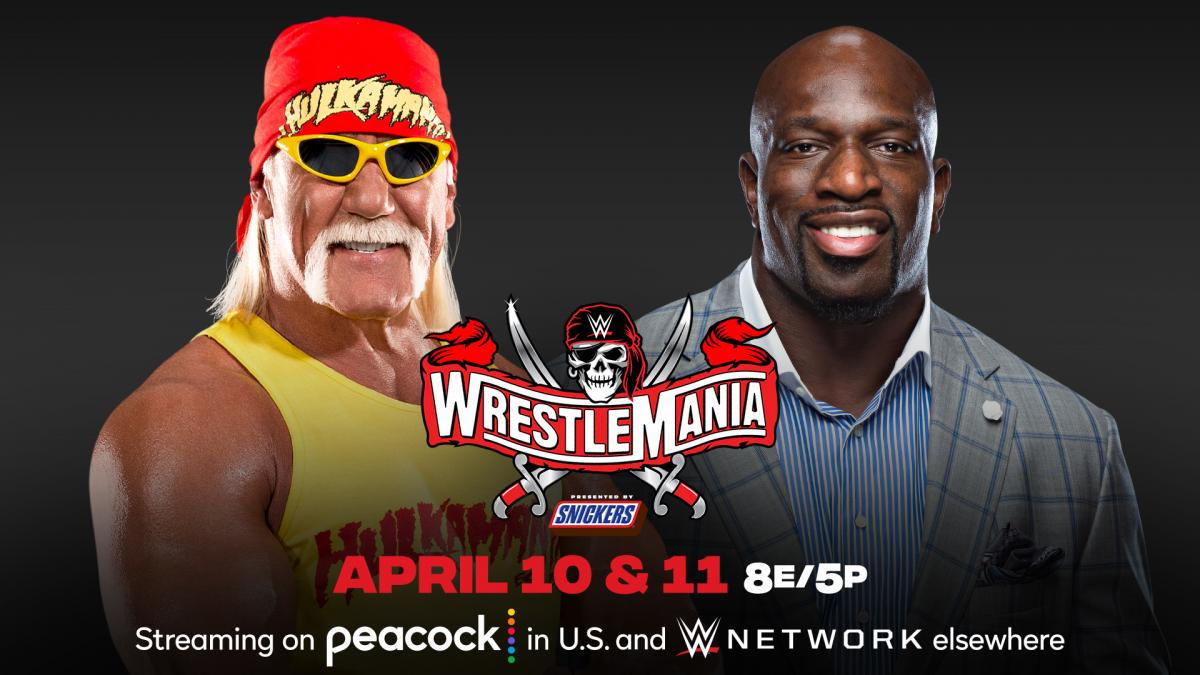 WWE has announced that Hulk Hogan and Titus O’Neil will co-host this year’s WrestleMania event. The company took to Twitter recently to announce that the two will be on-hand for both nights of this year’s festivities.

Tickets for the event are on-sale now. WWE is hoping to have 25,000 fans in attendance on each night.

Titus O’Neil and Hulk Hogan’s names were linked together following Hogan’s return to the company in 2018. O’Neil expressed at the time that he did not feel Hogan’s apology for past remarks was sincere.

“Unfortunately, I must echo the sentiment and dissatisfaction expressed by many of my fellow contemporaries concerning Mr. Bollea’s apology and its lack of true contrition, remorse and a desire to change,” O’Neil said in a statement. “Mr. Bollea’s apology ‘that he didn’t know he was being recorded’ is not remorse for the hateful and violent utterances he made which reprise language that has caused violence against blacks and minorities for centuries.”

Titus O’Neil and Hulk Hogan Have A Private Conversation

O’Neil did have a private conversation later, however. O’Neil spoke about this on the WINCLY podcast.

“I had a private conversation with him long before the Be A Star Rally and heard from his perspective,” said Titus. “At that moment I realized the situation he was in where he clammed up and started rambling. He could have been more concise and contrite with his message. But at the end of the day, I’m not one to put anybody in a doghouse forever. I’m not saying he was in the doghouse with me, but I like for men to be men and women to be women and both be transparent, truthful and honest with me.”

“At the end of the day, we’re part of this WWE family and our job is to put smiles on people’s faces. Arguably he’s put more smiles on anybody’s face, young and old, than any other WWE Superstar in the history of the company.”