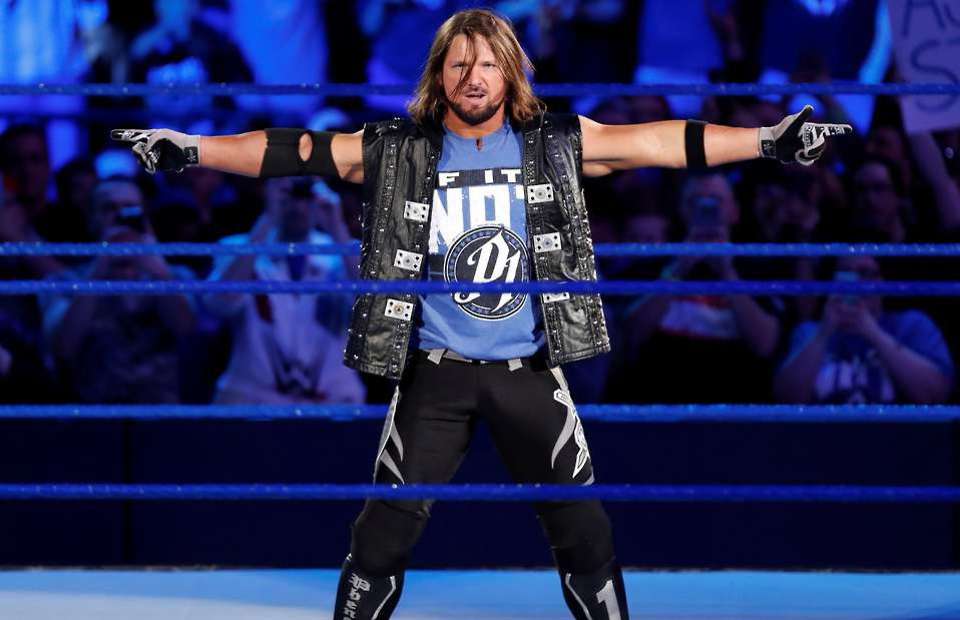 Former WWE Champion AJ Styles is dealing with an injury. During Monday’s episode of RAW, WWE announced the news.

Later in the show, Styles did a backstage interview where he noted he felt a pop in his lower back during his match at Money In The Bank and he doesn’t know when he can return to action until further tests are done. He was then attacked by Baron Corbin.

PWinsider.com reported shortly after the announcement that “in asking around we are told he is “banged up” but beyond that, there is no word on the nature of his injury.” We hope to have a further update shortly.

Styles was originally advertised to compete against Braun Strowman, Bobby Lashley, and The Miz in a Fatal Four-Way Elimination Match to determine who will be the next in line for the WWE Universal Title. Baron Corbin replaced him in this contest.

Just last week on RAW, WWE appeared to start a program between Styles and Corbin as Corbin slapped Styles. It should be noted that WWE’s events page on their official website doesn’t have him advertised for any TV or live events starting this week until the 6/27 show in Singapore.

He is advertised to work the Super Showdown and Stomping Grounds events. Styles hasn’t worked a match since losing to Universal Champion Seth Rollins at the WWE Money In The Bank pay-per-view event in Hartford, CT.

This feud comes after Styles was moved from SmackDown Live after having a successful run as the top star on the blue brand to RAW.