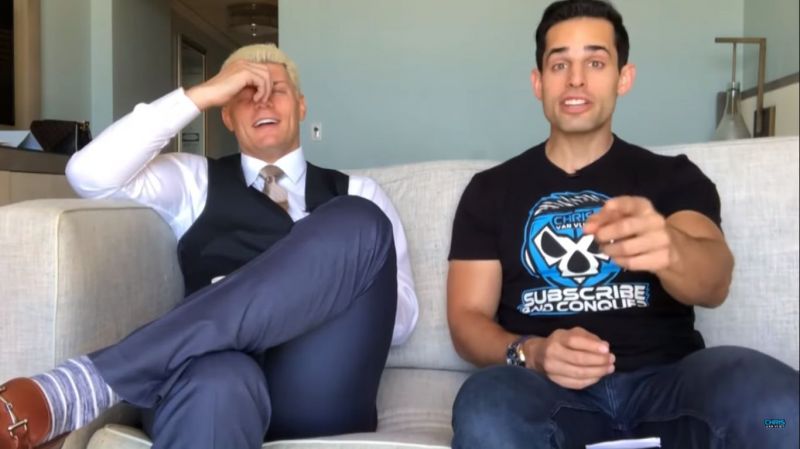 All Elite Wrestling Executive Vice President Cody Rhodes sat down with entertainment reporter Chris Van Vliet this week ahead of Saturday night’s AEW: Double or Nothing PPV from Las Vegas, NV. Topics discussed include this being the biggest weekend of his career, AEW’s weekly TV show, pyro, and how win/loss records will impact the promotion.

Cody confirmed that the weekly TV show will be 2-hours and AEW will be a touring brand.

“It’s really likely the show is going to be 2 hours. That’s the sweet spot. In terms of the schedule we’ll find out probably within the next few months for sure and it will be in a great spot to be in prime time on TNT, they’ve really set us up,” Cody said. “Now you’ve got to go deliver the bell to bells and the sports-centric. Another thing that is really cool is you’ll be able to find out per market where we’re going to be all around, this isn’t going to be something that is just stationed in one spot.”

Cody also spoke about the AEW World Championship “belt”. He reiterated it will be called a belt as well.

“I’ve said title and I’ve said championship in our little circle now and everyone is really adamant that we say “belt”. On Saturday there is the chance that you might see the greatest World Championship Title that has ever been created and there’s also a chance that I might have showed Chris a picture of it before this interview. He might have got a sneak peek. It’s really great.”

How Far In Advance Are AEW Storylines Planned?

Cody also spoke about how far in advance AEW has planned out their storylines. According to Cody, they have the next 6 months to a year planned.

“I’d say we have a pretty good bearing on 6 months to a year. Exactly that. Long form storytelling is great in every medium whether it is film or TV or whatever it may be to know and work backwards. We’ve got a good, what would I call it, like a syllabus?”