Eric Bischoff On AEW’s Subtle Nods To WCW, How They Should Compete With WWE 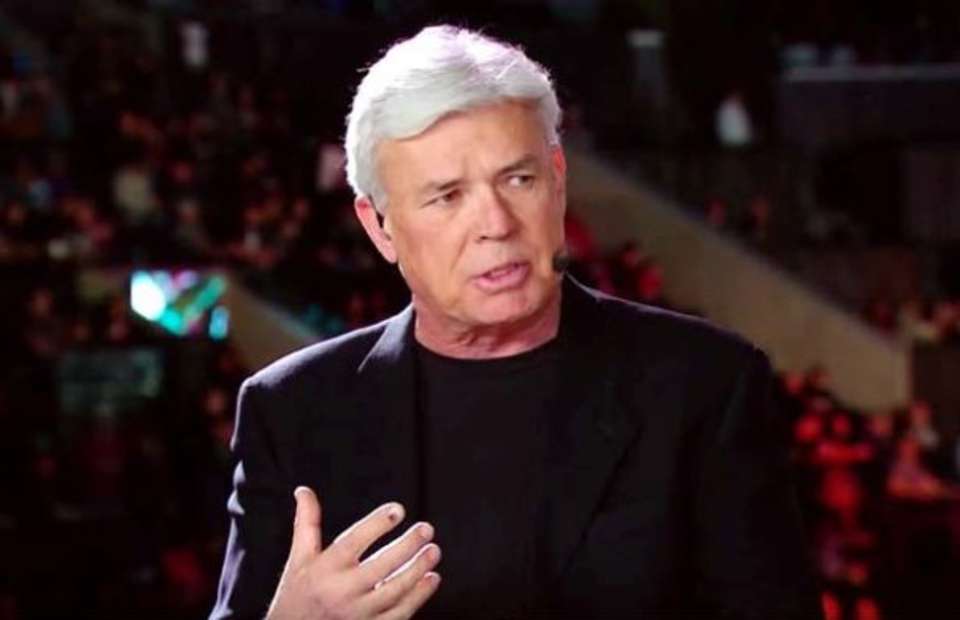 While in town for Starrcast 2 weekend in Las Vegas, Nevada, former WCW Executive Vice President Eric Bischoff spoke with Inside The Ropes about All Elite Wrestling (AEW) securing a cable television deal with TNT to compete against WWE, and some of the similarities to his past rivalry against the sports entertainment conglomerate during the infamous “Monday Night Wars.”

During the discussion, Bischoff discussed AEW coming along at a time when the pro wrestling audience is craving an alternative product to WWE now more than ever.

“The audience now has finally gotten to the point where they really are craving something different,” said Bischoff. “It doesn’t have to be better, it just has to be different.”

Eric Bischoff Explains Why Now Is Perfect Time For AEW

Bischoff would go on to elaborate, explaining why he feels now is the perfect time for AEW to establish themselves as a legitimate alternative product to the longtime industry leader, WWE.

“I think what AEW has the opportunity to do now is to present the product in a different and unique way that’s unique enough so that wrestling fans can feel like they honestly have a legitimate alternative, but not so unique that it doesn’t look like wrestling anymore,” Bischoff explained. “That’s a very good position to be in and I envy them for being in the position that they’ve put themselves into [because] they’ve worked hard for this.”

AEW Should Ignore The Past, Establish Their Own Identity

From there, the interviewer brought up some of the subtle nods to the past wrestling war between WWE and WCW, such as AEW having flames in their official TNT graphic, similar to the official logo that WCW Monday Nitro had when they were on TNT competing against WWE on Monday nights. He then asked if AEW should make a point to tip their cap to the past “War,” noting that they could have Brian Pillman Jr. vs. Jushin Thunder Liger as the opening match on their debut episode on TNT, the same way Nitro had Brian Pillman vs. Jushin Thunder Liger as the opener on their inaugural Nitro broadcast back on September 4, 1995.

“I would stay away from it in the beginning,” said Bischoff. “Because you don’t want to hang your hat on, or brand yourself too closely with, something like Nitro.”

Bischoff continued, “Nitro came along at a point in time that was very unique. We went directly head-to-head with WWE. AEW is not going to do that. So rather than relying too much on that association, I would establish my own brand first and after I get a little bit of momentum on my own, then I would probably do a wink and a nod over to Nitro, or to some of the previous relationships, but I wouldn’t depend on it and I wouldn’t come out of the shoot doing it.

“Because if it was me, the last thing I want people to do is to compare me to Monday Nitro during the Monday Night Wars, because that situation will never happen again. The world has changed in too many different ways for that opportunity to be there again. So rather than comparing my brand to WCW or to Nitro, I would want to stand on my own.”

Join us right here at WrestlingRadar.com for LIVE COVERAGE of All Elite Wrestling: Double Or Nothing Tonight – 7 pm ET / 4 pm PT / 12 am BST

MJF interview gets interrupted by room service among many, many other things