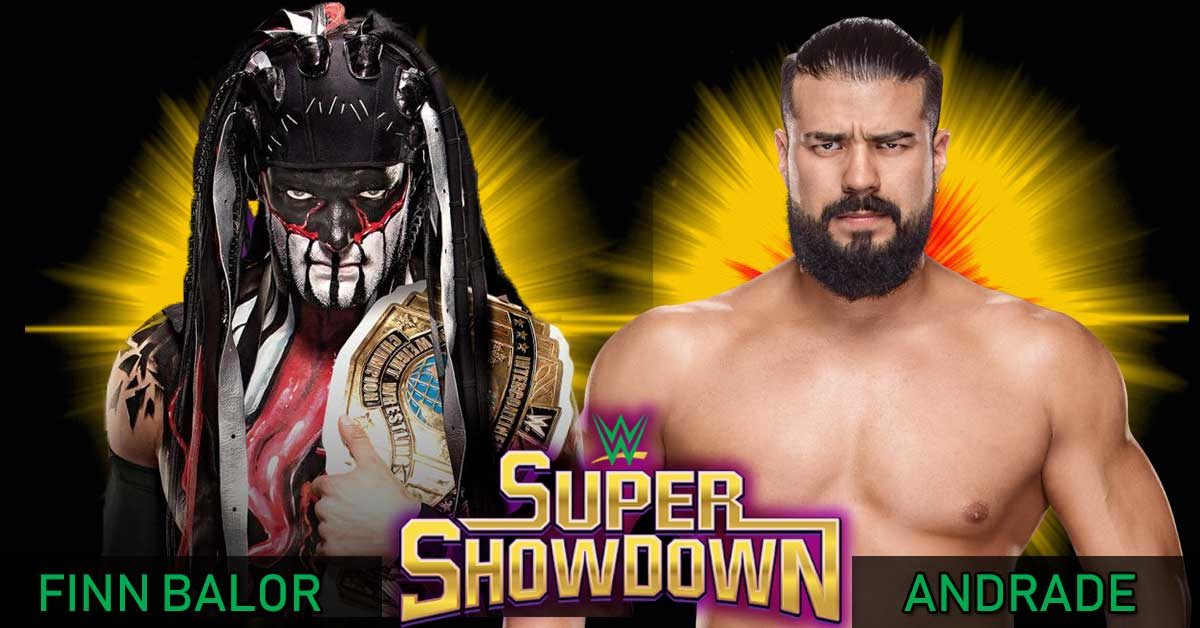 Finn Balor will remain on top as the secondary title holder on the WWE SmackDown Live roster.

He retained the WWE Intercontinental Championship once he beat Andrade at Friday’s (June 7, 2019) WWE Super Showdown pay-per-view event in Jeddah, Saudi Arabia at the King Abdullah Sports City Stadium on the WWE Network.

Balor won the prestigious secondary title for the first time when he beat Bobby Lashley back at the Elimination Chamber pay-per-view event in Houston, Texas in February.

Balor beat Lashley to regain the title for the second time in April in East Rutherford, NJ at MetLife Stadium at WrestleMania 35, which is the biggest event of the year for the company.

Time will tell whether WWE continues this feud or goes into a different direction heading into the Stomping Grounds pay-per-view event that takes place on Sunday, June 23 at the Tacoma Dome in Tacoma, WA.