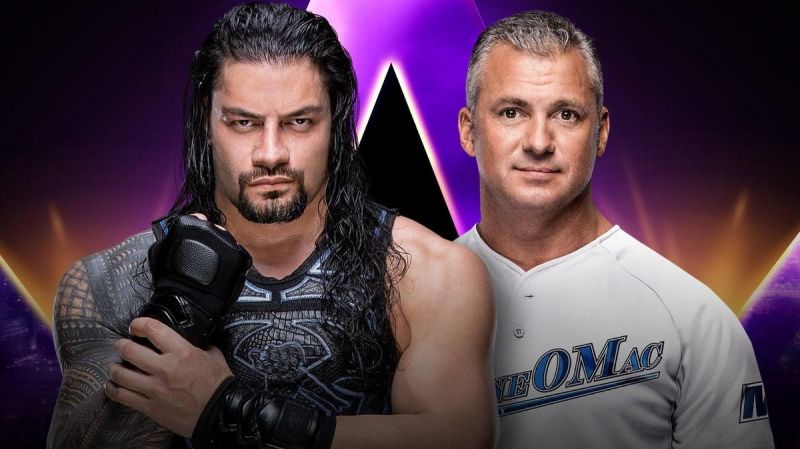 – Roman Reigns vs. Shane McMahon: Drew McIntyre comes out with Shane, and it looks like he’ll be in Shane’s corner at ringside. Reigns gets a big fireworks display for his entrance. The opening bell sounds and Drew causes a distraction right out of the gate, leading to Shane scoring a flurry of strikes on Reigns. Reigns starts to mount a comeback, but Drew causes a distraction again and Shane drops Reigns with a flying back elbow. Shane continues the strikes until Reigns fights back with a powerbomb for a two count, then Shane rolls outside for a breather. Reigns follows Shane outside and drops Reigns at ringside. Back in the ring, Shane and Reigns go at it until Reigns hits Shane with a stiff right hand and Shane goes down. Shane seems to accidentally hit referee Charles Robinson in the eye with his hand, and the ref is down. Drew McIntyre runs in and hits Reigns with the Claymore kick while the ref is down. Drew rolls out of the ring, then Shane covers Reigns for the three count.

– After the match, Drew carries Shane up the ramp on his shoulders and there is a big fireworks display.