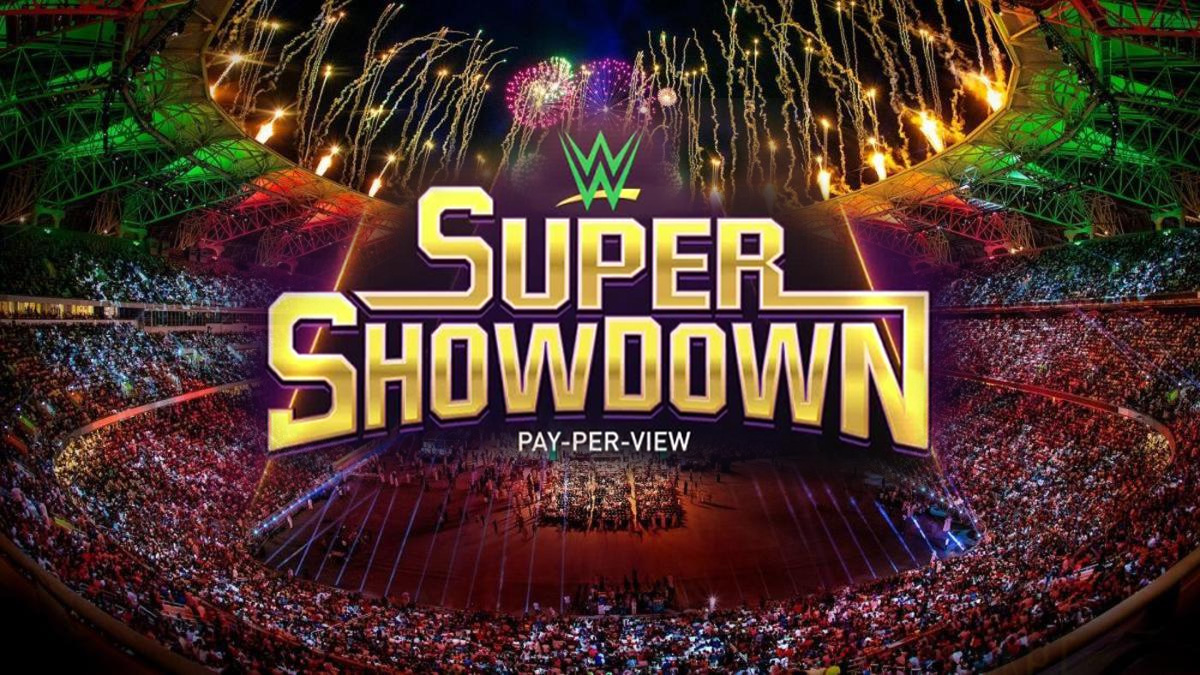 WWE is gearing up for their next pay-per-view event, Super ShowDown, as the production staff is already preparing for the show.

The construction on the stage and set is done. Photos and video of the set up as has surfaced online, which you can see here:

WWE presents the Super ShowDown pay-per-view event on Friday, June 7th, 2019 in Jeddah, Saudi Arabia at the King Abdullah Sports City Stadium that will air on the WWE Network at 2PM ET/11 AM PT.

WWE has yet to name a main event but it could end up being The Undertaker vs. Goldberg in a singles match. Here is the updated card: