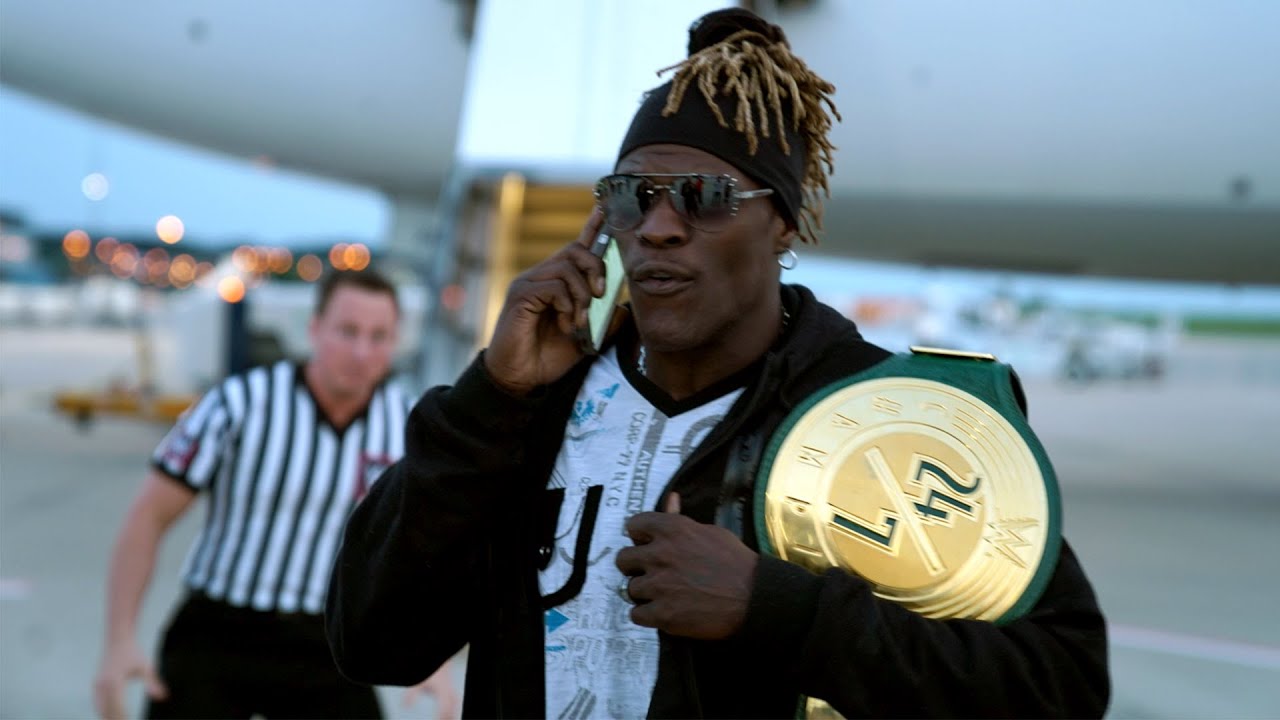 Jinder Mahal is the WWE 24/7 Champion once again.

The title change occurred earlier this week as R-Truth was getting ready to board an airplane en route to Jeddah, Saudi Arabia for WWE Super ShowDown.

Jinder Mahal makes good on his promise to reclaim the 24/7 Championship, defeating R-Truth on the airport tarmac as the WWE Superstars head to Jeddah for Super ShowDown.

This marks Jinder Mahal’s second reign as 24/7 Champion and the 10th title reign since the belt was introduced back on May 20th.

As of this writing, R-Truth is the Superstar with the most 24/7 title reigns (4 reigns) and combined days as champion (17 days).