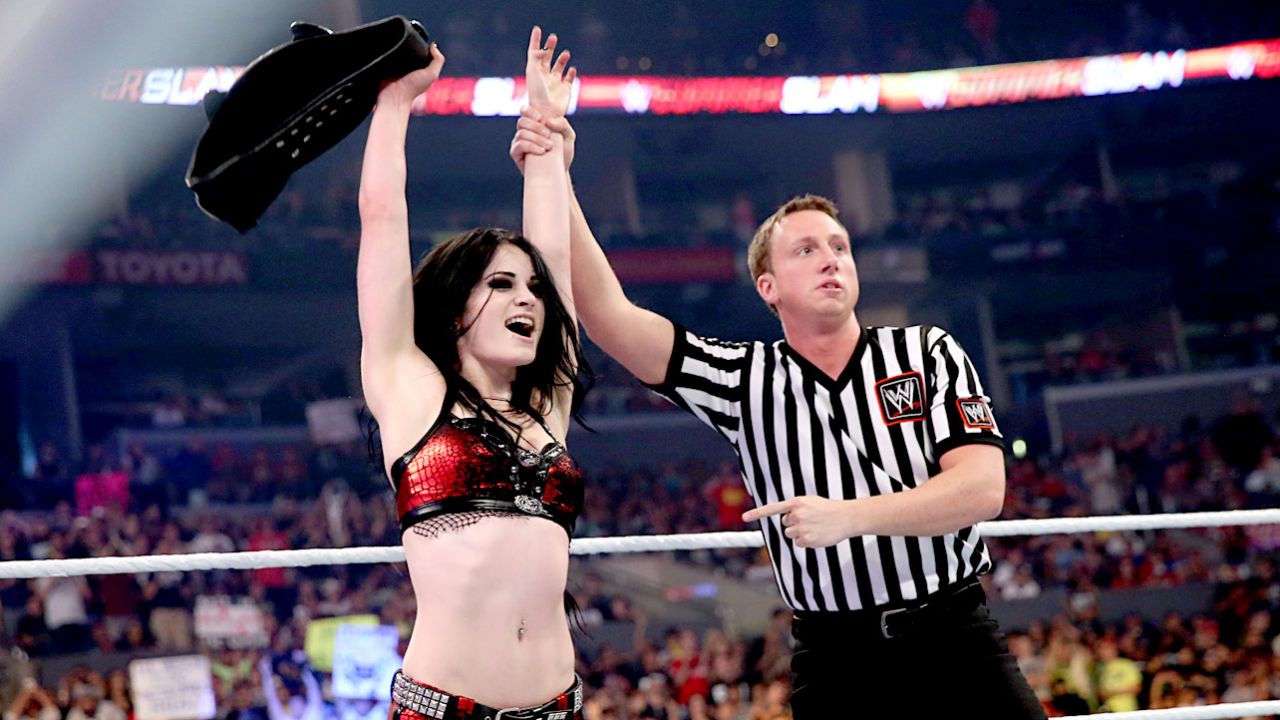 Former WWE Diva’s Champion Paige recently spoke to Digital Spy about a variety of topics. Paige mainly talked about WWE’s decision to retire the Diva’s Championship and also spoke about managing the team of Asuka and Kairi Sane, together known as Kabuki Warriors.

Before an unfortunate injury ended her in-ring career, Paige had made quite an impact in WWE. She was the youngest Diva’s Champion on the main roster and she had won the title on the night of her debut. However, WWE has since retired the Diva’s title and speaking of it, the former Champion said that it was the end of an era for her:

“It was the end of an era for me. The dream was always to become Divas Champion and now there’s no possible way I could ever become Women’s Champion and that’s the sad part for me, because [I] can’t go into the next era.”

Apart from this, Paige also talked about her new role with Kabuki Warriors and revealed that she had always wanted to work with Asuka. She always felt that Asuka was an amazing talent and that all she needed was help with her mic skills. The Total Divas star thought that speaking for Asuka is certainly something she could do. You can check out her full interview here.

Shawn Michaels On If Bret Hart Was His Greatest Opponent