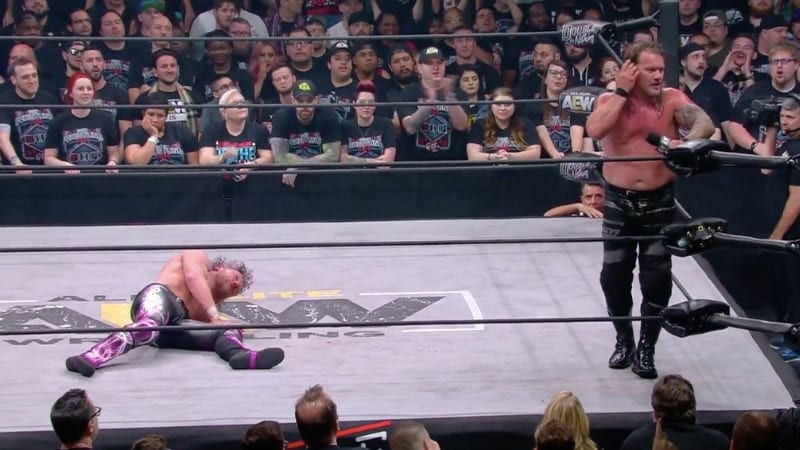 Chris Jericho was victorious over Kenny Omega in a classic match.

These two top AEW (All Elite Wrestling) stars battled it out in the main event of the inaugural pay-per-view event, Double or Nothing, for the newly-launched promotion at the MGM Grand Garden Arena in Las Vegas. Jericho picked up the win.

Now, Jericho is slated to face Adam “Hangman” Page at a later date to crown the inaugural AEW World Champion. Page drew the Joker card in the Casino Battle Royale allowing him to enter at lucky number 21 where he would win the contest.

This was a rematch between Jericho and Omega as their first contest took place at Wrestle Kingdom 12 in 2018 at the Tokyo Dome in Tokyo, Japan. In this contest, Omega, who is a former IWGP Heavyweight Champion, beat Jericho in a No DQ Match.

Earlier this month, AEW inked a partnership with WarnerMedia for multi-platform access for fans to watch AEW events, airing live weekly matches on TNT in prime time, as well as streaming them through WarnerMedia’s B/R Live and on pay-per-view. AEW’s television deal with TNT is expected to start later this year.

Jon Moxley Debuts At AEW Double Or Nothing (Photos)