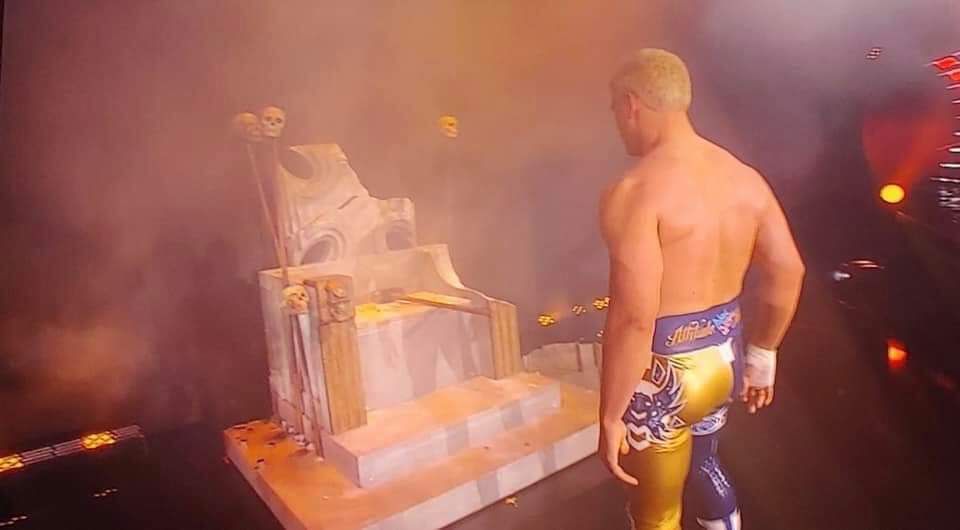 In case the insider-y (or should I say Observer-y) reference to inflated attendance numbers during the closing moment’s of the Double or Nothing pre-show didn’t get the point across, All Elite Wrestling is not above mocking the big kid on the pro wrestling block.

When Cody Rhodes entered MGM Grand Garden Arena in Las Vegas tonight (May 25), a giant iron cross throne, complete with skulls, appeared on stage with him. At first it seemed, the AEW Executive Vice-President & wrestler would just roll his eyes at the familiar Triple H prop and walk to the ring, signifying he was above the self-aggrandizing theatrics of WWE’s Superstar/executive. But then he got a sledgehammer, and did this…