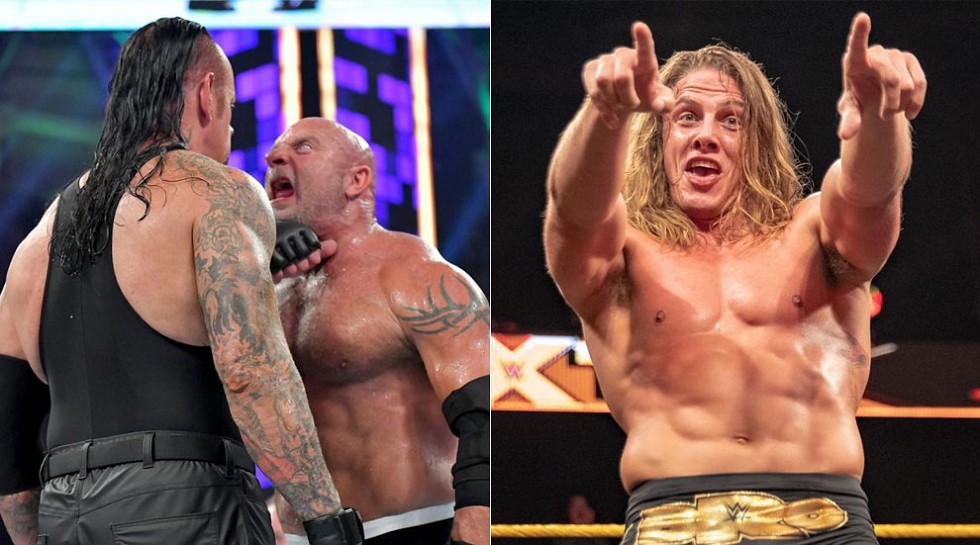 NXT Superstar, Matt Riddle, has potentially escalated the issues between himself and Hall Of Famer, Bill Goldberg.

Riddle took to Twitter to make fun of Goldberg’s matchup against The Undertaker from last night’s Super ShowDown event, which took place in Jeddah, Saudi Arabia.

He recorded himself sarcastically complimenting Goldberg’s attempt at a kneebar as the two competed, stating “What kneebar, bro. What a kneebar. Make me mad. You’re making me mad. Keep it up.”

The tweet was accompanied by the caption “Keep it up bro #WWESSD”.

Goldberg recently blocked Matt Riddle on Twitter—a fact that didn’t go unnoticed by the King Of Bros as he shared it on Instagram with the caption “I can’t wait to watch your match this Friday so I can see how good you are at wrestling”.

The two have had issues before, with Riddle expressing a negative opinion on Goldberg back in 2017.

During an interview with The Sporting News, Riddle criticized Goldberg’s in-ring work and ability.

There is concern that Goldberg suffered a concussion during his bout with The Undertaker. Not only did he clash his skull against the ring post, knocking himself out and busting him open in the process, he also suffered a nasty Tombstone Piledriver. The match had an abrupt ending via a Choke Slam, giving Undertaker the victory.